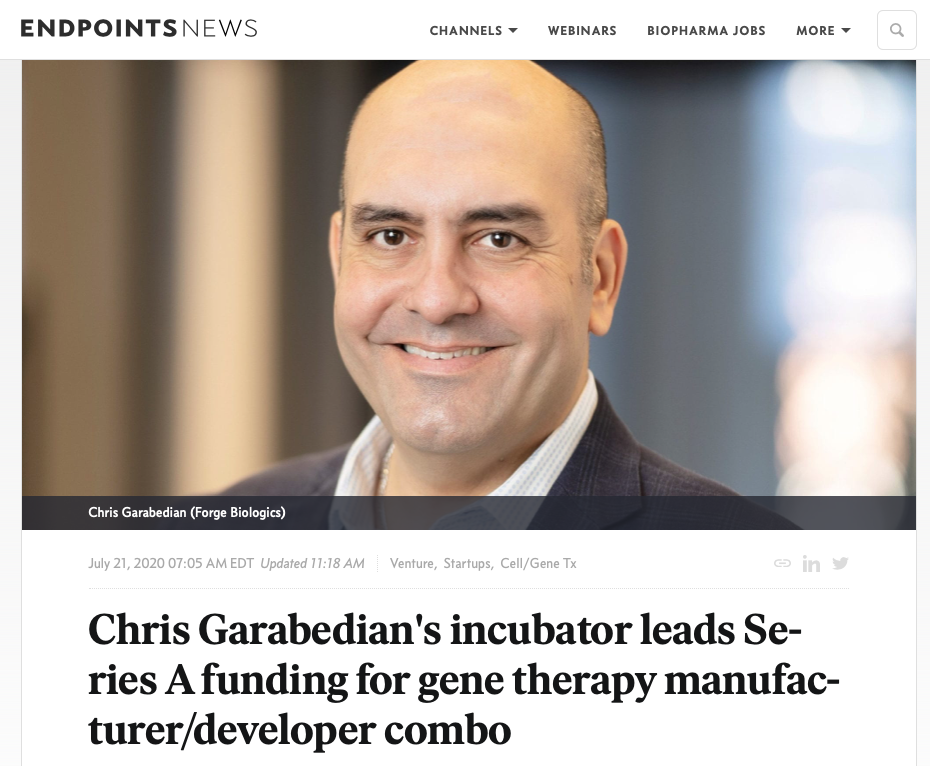 The ex-Sarepta CEO has teamed with former Abeona chief Tim Miller to create Forge Biologics, a gene therapy company focusing on both manufacturing and development of GMP adeno-associated viruses, with $40 million in Series A funding. Forge is the eighth biotech in which the PXV Fund has invested — but only the sixth announced — and the first in the gene therapy area, Garabedian told Endpoints News.